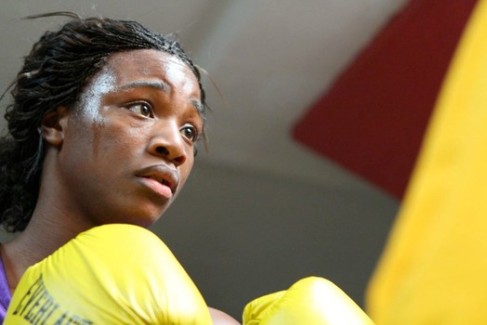 Are you watching the Olympics?  I would watch more of the Olympics if every time I turned it on, there wasn’t water polo on.

Also if I had regular TV.  There has also been a ton of traveling this summer, and now I am watching lots of NBC on my mom’s TV with my brother.

And apparently, in about 10 minutes, a young fighter from Flint, MI is going to battle for Olympic gold, and her story is just amazing.

I could yammer on and on about how much I wish the press would cover this woman’s story, instead of Kurly-Kue Kardashian or whoever, or Kristin Stewart being sad, or whoever else is on reality TV these days (I don’t even watch VH1 anymore).

But I’ll let this amazing young woman speak for herself.  It’s a really, really long story, even for NPR standards, but it’s worth every minute of listening.

Claressa Explains It All

(Sorry, I couldn’t help myself.)

Also, some more Gabby Douglas photos because I can’t get enough of her and I think she’s amazing.